In Alabama by J. Lois Diamond.

Produced as part of The Voire Dire Project at Cap 21 and Westbeth.

In Alabama was inspired by the painting “Puberty” by Avron Soyer and the life of the civil rights activist, Juliette Hampton Morgan.

Show runs April 1-May 8. April 1st has been changed from opening night to an open dress rehearsal. Tickets for April 1st only are FREE but you must make a reservation. The other performances are $25 and there is a party on April 15th. So come to the theatre and forget all about  paying your taxes! Here is the link to buy tickets: http://www.cosmicorchid.com/thevoiredireproject.html.

Raise Your Hand by Allie Costa.

Produced as part of the Act Out Ink Fest 2016 by Hudson Theatre. 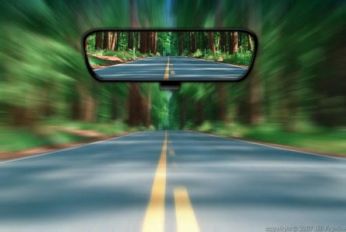 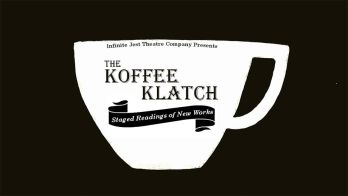 Produced by New York Theatre Intensives and 365 Women a Year: A Playwriting Project in Association with NOplays at 13th Street Repertory Theatre. 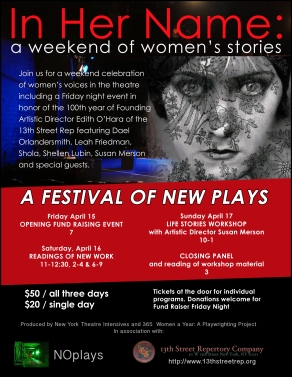 A weekend of women’s stories. When it comes to documenting his-tory, men have always had the upper hand. Until now! NOplays presents: HERSTORY, two evenings of staged readings by emerging female writers about women who shaped our world.

To submit to the May issue of LADIES FIRST, email natalie.noplays@gmail.com before the end of the month. Send us your name, the name of your play, the name of the theatre producing your work, a sentence or two about the play, the where and when, and an image. Thank you to everyone who participated in this month’s LADIES FIRST newsletter.