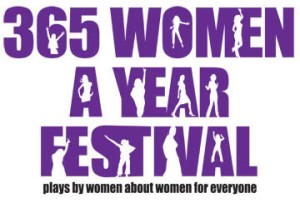 Check out the full lineup with cast list and additional details:https://www.facebook.com/RoverDramawerks/posts/10154898548610751

She Has Seen the Wolf by Allie Costa

Lake Sumter State College in Florida will host a short play festival April 6th through 9th, directed by Amber Karlins. 32 short plays were selected for this event, including She Has Seen the Wolf by Allie Costa, a dark, modern-day retelling of Little Red Riding Hood that addresses street harassment and assault.

April 27th through May 14th at studio/stage in Los Angeles.

One Acts and Snacks

Casa de Beverley will partner up with the Rugby Road Salon once more for its final One Acts and Snacks of season 3! We celebrated women this season and we hope to go out with a bang! April 15th, 2017. Doors open at 6pm.. Please join us for an evening of new works featuring Mona, The Phona Bona by Sue Horowitz, Dragon Riders Visit Vermont by Natalie Osborne, and For All Concerned by M. Amanda Vann. Great art, conversation, and food. IMPORTANT ALLERGY NOTE – Location is also home to a cat. If you know you are sensitive, please take whatever precautions you need to keep yourself comfortable while here. Venue location will be sent to registered attendees 24 hours before the event. Tickets are $10. $15 at the door.

To submit to the May issue of LADIES FIRST, email natalie.noplays@gmail.com before the end of the month. Send us your name, the name of your play, the name of the theatre producing your work, a sentence or two about the play, the where and when, and an image. Thank you to everyone who participated in this month’s LADIES FIRST newsletter.